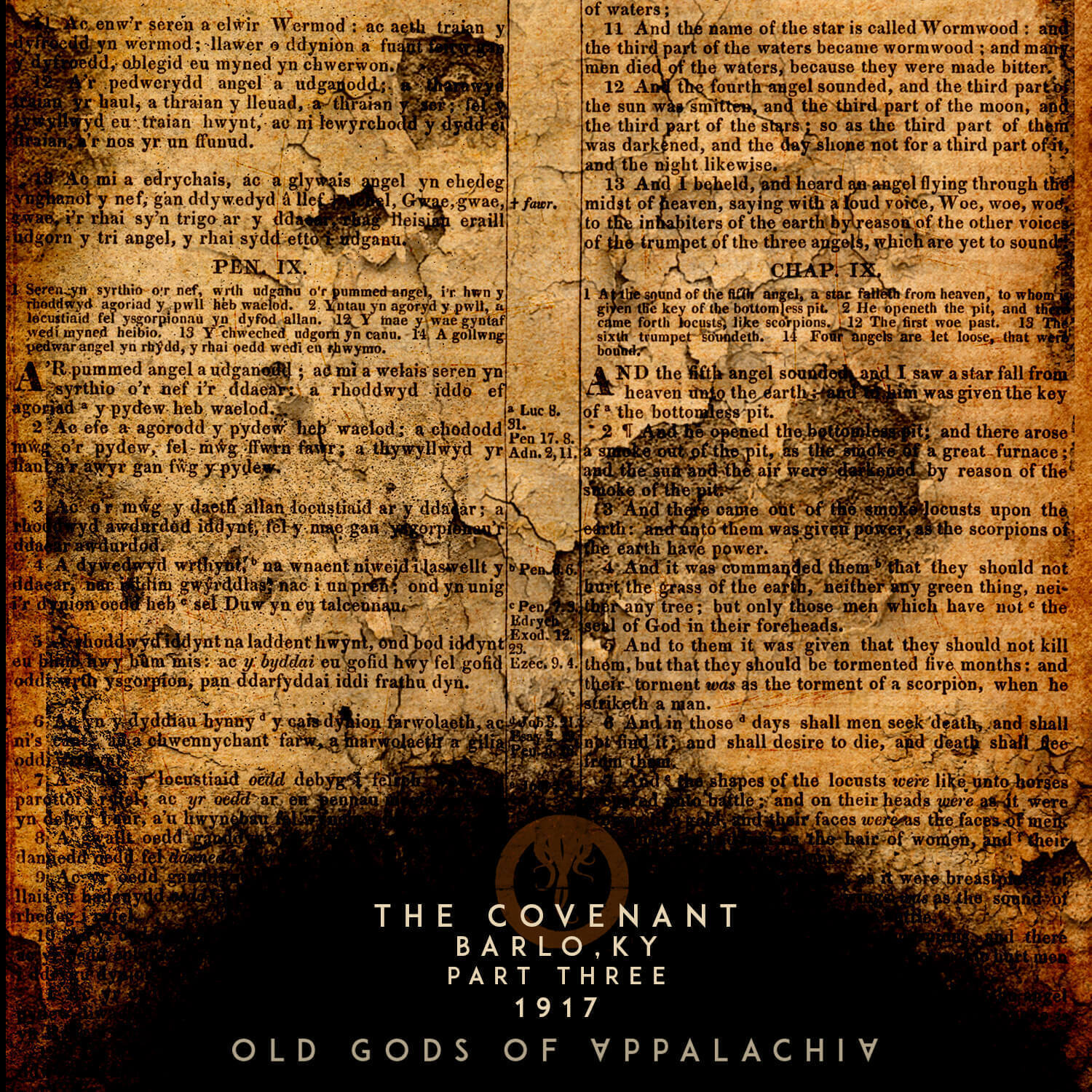 Cletus Garvin should have died in 1910 but instead has been the pastor of The Tabernacle of the Elder Covenant for the past seven years. Debts are called to account in the shadow of the Old Number Seven Disaster.